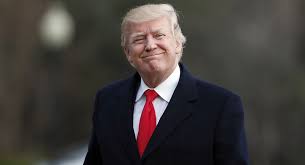 WASHINGTON: US President Donald Trump on Saturday denounced foreign countries for “extorting unreasonably low prices from US drugmakers” to enable their citizens to pay much less than American consumers for the same drugs. Trump made the comments while unveiling his drug price policy which he said would “end the global freeloading” on US drug-making expertise “once and for all”.

The US President directed his top trade negotiator, Bob Lighthizer, to strongly take up with all countries the fixing of prices of American pharmaceuticals and medical devices, extending his ‘America First’ policy to put ‘American Patients First’ and vowing to “bring soaring drug prices down to earth”.

Trump’s new policy action could have an impact on India-US bilateral trade relations given that the American industry has been fighting with the recent move by the Indian government to fix prices of certain highly expensive pharmaceuticals and medical devices – like stents, for example.

Just last month, the US in its annual report card on the protection of intellectual property rights around the world had criticised the drug pricing and reimbursement policies of India and several other countries like Canada, South Korea, Japan, New Zealand and a number of European nations, saying that they did not adequately recognise the value of innovative medicines.

“America will not be cheated any longer, and especially will not be cheated by foreign countries,” Trump said at the White House Rose Gardens on Saturday. “As we demand fairness for American patients at home, we will also demand fairness overseas. When foreign governments extort unreasonably low prices from US drugmakers, Americans have to pay more to subsidise the enormous cost of research and development,” he said.