The Ahmedabad-based company, part of the Rs 14,000-crore Torrent Group, is the only domestic pharma company that has invested nearly $1 billion in local acquisition over the last three years.

A meeting of the board of directors will be held on 27 January 2020 to consider raising funds by issuing equity shares including convertible bonds/debentures through qualified institutional placement (QIP) and/or depository receipts or any other modes.

In 2017, the company acquired the India business of Unichem for Rs 3,600 crore, and before that it had bought distressed Elder Pharma for Rs 2,000 crore, consolidating its position as the No. 8 player in the Indian pharma market. But it is done with large acquisitions for now. 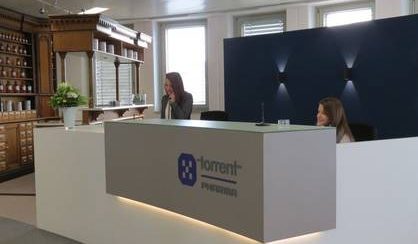 “Our key geographies of India, Brazil and Germany are where we expect future growth avenues to come from. We are seeing from other companies, too, a lot more focus back on the Indian market,” said Aman  Mehta, chief marketing officer of Torrent Pharma.

Aman is the son of Samir Mehta, founder and CEO of Torrent Pharma. He will be expected to take over the reins of the pharma business from his father in the coming years. The 28-year-old, a graduate of Columbia Business School, however, says that as a professionally run organisation, his succession will also be a step-by-step process.

“For us it is about diving deep into one role first and then moving to other roles, rather than the other way round. This is the same thing for others. I am in pharma business, my cousins Jinal and Varun are in power. All of us are hands on. So it is about taking it step-by-step”, Mehta told ET in an exclusive interview.

For now, he said, the focus of the company will be on launching new products in categories such as cardiology and diabetes, which is also the fastest growing therapy segment in India.

Torrent is betting on its new launches like cardiac drug Ticagrelor and anti-diabetic drug Vildagliptin and Remogliflozin for its future quarter growth.

The Indian pharma market, once the darling of investors, has come under pressure in the last five years. Regulatory actions in the US markets and policy changes at home, including price cuts and the implementation of GST, have chipped away the double-digit growth of companies that had churned out billionaires from the sector.

Torrent, too, has come under US drug regulator USFDA’s scrutiny for quality issues. Last year, the FDA issued a warning letter for the company’s manufacturing facility in Gujarat, which subsequently halted supplies to the US.